Faced with the competing claims of transparency and privacy, free speech and family life, family law will always incline towards the latter. Its first instincts are protective, guarding the intimacies and lives of its own subject families and, particularly, its children.[1] First and foremost, family proceedings are and remain private matters. This fundamental principle holds fast. However, things are not simply as they were before. Successive Presidents of the Family Division have now expressly addressed the subject in the form of three separate occasions. At the very least, it is clear that the dynamic is being given careful thought. Whilst the guidances do not amount to a tilting of the scales, they are nevertheless guidances specifically designed to address acts of reporting. When President of the Family Division, Sir James Munby issued two guidances on transparency and anonymisation. Sir Andrew McFarlane, the current President, has now (as of October 2018) issued further guidance specifically dealing with applications to lift and vary reporting restrictions.

Translated into practice, the reality remains that on any given morning at the Family Court, it is a safe bet that few if any practitioners in the building have even applied their mind to the possibility that their case that day might be reported on. Were one to even apply one’s mind to the broader question of reporting, it might be said that only the very fabulous and very unlucky need ever worry about a reporter lying in wait. Or, worse still, reporters or, worse still, reporters and their counsel… Hindsight is a beautiful thing and experience what we call our mistakes. Anyhow, I digress. Previously, the shambling and hirsute caricature hack was not the problem. He was merely a symptom. He was a hunched symptom which overloaded the senses with an admixture of last night’s Mild and this morning’s Racing Post (the only paper they ever seemed to read themselves) but a symptom nonetheless. The problem, the disease, was the third-party application itself, the application to lift reporting restrictions with its weighted knot of various, and varyingly useful sources to hack through before any sense of clearing. And that was before the newspaperman, chastened by his deteriorating circulation, was overwhelmed by the age of information with its bloggers coming in over the gates…

The new guidance sets out its intention “to assist the court, the parties and the media in circumstances where a reporter attending court may wish to apply to vary reporting restrictions.”

The guidance continues to offer a brief survey of reporting in the Family Court. The starting point being that family proceedings normally held in private. At rule 27.11 of the FPR 2010, duly accredited representatives of reporting organisations are permitted to attend save where the Court has made an express direction that representatives shall not attend (rule 27.11 (3)). Under a pilot scheme under PD36J rule 27.11 was, in effect, broadened to allow “duly authorised lawyers attending for journalistic, research or public legal educational purposes”. Or, for impolite society, “legal bloggers.”

Of course, rule 27.11 only takes anyone part of the way. It permits attendance but makes no mention of the essence that defines the hack’s existence, his sine qua non: the ability for the attending journalist to actually report. This possibility can be found in the Administration of Justice Act 1960. Section 12 (1) reads,

“(1) The publication of information relating to proceedings before any court sitting in private shall not of itself be contempt of court except in the following cases, that is to say –

(a) where the proceedings –

the High Court with respect to minors;

Adoption and Children 2002; or

maintenance or upbringing of a minor…”

Further assistance takes the form of the Children Act 1989 and it puts it in noticeably different terms. Section 97 (2) reads,

“(2) No person shall publish to the public at large or any section of the public any material which is intended, or likely, to identify –

As Paragraph 5 of the Guidance notes, these statutes create an exception to the “general principle in favour of open justice, establish automatic restrictions on reporting and publication in family cases involving children although it must be noted that, whilst s 12 prohibits publishing even after the conclusion of proceedings, restrictions under s 97(2) cease on the termination of proceedings.”

It is reiterated that procedure for applying for a RRO is found in the FPR 2010 rules, at PD12I. Assistance can be found in the relevant CAFCASS practice note. All applications should be made in the High Court. Significantly, notice must be given to the press. Such notice is given through the Press Association and their Injunction Alert Service. To which, a word of warning: one breeds many.

The previous guidances of Sir James Munby in respect of the publication of judgments are cited and thus affirmed (Practice Guidance (Family Courts: Transparency) [2014] 1 WLR 230 and the guidance to anonymisation).

Concerning applications to vary or lift reporting restrictions, specific guidance is set out, stage by stage. The approach is to be as follows:

Perhaps curiously, this part of the guidance states, “Courts should be astute to assist reporters seeking to attend a hearing, or to relax reporting restrictions, and should provide them with relevant contact details of the court office, the judge’s clerk and the parties where requested (unless there is good reason not to do so).” It is noted that the Court is to be “astute to assist reporters…(and) reporting restrictions”. This certainly seems to be at least a gesture towards a permissive approach.

‘… does the judgment sufficiently explain what the judge has found and what he has concluded as well as the process of reasoning by which he has arrived at his findings and then his conclusions.’

The family lawyer now has three distinct guides from two Presidents. There is greater clarity and a clearly signalled approach which is to be followed. And for the unlucky, some comfort too.

[1] Of course, the two are conjoined: protecting a child from publicity often has the practical effect of shoring up a parent’s own free-standing right to a family life. Publication of a parent’s details being an effective route to breaching the child’s anonymity. 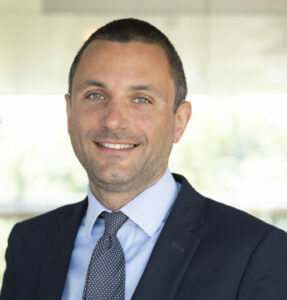