An article exploring the Expert Panel’s Final Report (June 2020): Why Change is Considered Necessary and Recommendations for Change

My colleague Marie Crawford recently wrote about a story that appeared in The Guardian newspaper on 25.6.20 and which referred to the (then unpublished) expert panel report entitled ‘Assessing Risk of Harm to Children and Parents in Private Law Children Cases’. Marie’s article can be found at here:

The full 216-page final report of the expert panel has now been published by the Ministry of Justice and can be found via this link:

This article seeks to explore why the expert panel considers change is necessary and the recommendations for change.

On 21 May 2019, the Ministry of Justice announced it wanted to gather evidence, steered by a panel of experts from across the family justice system, on how the family court protects parents and children in private law children cases involving domestic abuse and other serious offences. The aim of the report was to better understand the experiences of those involved in such proceedings, to identify any systemic issues, and to collate evidence so as to inform future improvements.

The overarching research question considered by the expert panel was: “How effectively do the family courts respond to allegations of domestic abuse and other risks of harm to children and parent victims in private law children proceedings, having regard to both the process and outcomes for the parties and the children?”

WHY IS CHANGE CONSIDERED NECESSARY?

The panel set out to explore whether the present system for assessing risk of harm is fit for purpose and found it seriously wanting. While the expert panel identified some good practice and intentions from those working within the family justice system, it ‘also unveiled deep-seated and systematic issues that were found to affect how risk to both children and adults is identified and managed’ [emphasis added].

THE CHALLENGES IN ADDRESSING ABUSE AND OTHER SERIOUS OFFENCES

Evidence presented to the panel highlighted ‘a feeling that abuse is systematically minimised, ranging from children’s voices not being heard, allegations being ignored, dismissed or disbelieved, to inadequate assessment of risk, traumatic court processes, perceived unsafe child arrangements, and abusers exercising continued control through repeat litigation and the threat of repeat litigation.’

The panel identified that these issues were underpinned by four specific barriers:

• Resource constraints (i.e. available resources are inadequate to keep up with increasing demand in private law children proceedings, and there are more litigants in person);
• The pro-contact culture (i.e. respondents felt courts placed undue focus on ensuring contact takes place and systemically minimised domestic abuse allegations);
• Working in silos (i.e. there are differences in approaches and culture between public family law private family law and criminal justice which, together with a failure to co-ordinate and a lack of communication between courts and agencies, leads to contradictory decisions and confusion);
• An adversarial system (i.e. parents are pitted against each other and there is often not a level playing field in cases where a parent represents themselves; there is often little or no involvement of the child in court proceedings).

Evidence presented to the panel demonstrated a number of barriers to raising domestic abuse including: the pro-contact culture; difficulties evidencing abuse, and working in silos (the latter of which, for example, could lead to a situation where evidence of abuse was accepted in the criminal court but not acknowledged or effectively engaged with in the family court).
The panel noted there are particular barriers in raising domestic abuse for victims of BAME backgrounds and for male victims.

Evidence suggested that children’s voices are often unheard in domestic abuse cases and that courts rely on parents or carers to represent the children’s views. Evidence also suggested there are significant negative impacts to children not being heard during proceedings.

PRACTICE DIRECTION 12J (PD12J) – HOW ALLEGATIONS ARE DEALT WITH

The panel noted evidence which raised concern that PD12J is not being implemented consistently and is not operating as intended.

SAFETY AND EXPERIENCES AT COURT

Victims reported not feeling safe at court and finding court proceedings re-traumatising. Specific safety issues included concerns regarding physical security and psychological wellbeing and concerns that victims may be cross-examined by their abuser. Issues relating to safety and security were found to be particularly acute for litigants in person as they lacked knowledge of the measures available to them.

The evidence suggests that section 91(14) Children Act 1989 ‘barring orders’ are ineffective in protecting the victim from further abuse through repeated court applications.

The panel identified that court orders can be shaped by the systemic issues and that this in turn gives rise to four key themes pervading the child arrangements orders currently being made in our family courts. Those key themes are:

• Children should have contact;
• Contact should progress;
• Co-parenting is promoted (i.e. parents should work together to facilitate contact arrangements); and
• Dependence on the court is discouraged (it was noted by the panel that review hearings are discouraged and rarely take place).

The panel noted that respondents felt court orders enable alleged abusers to continue to exert control and to abuse children and adult victims. Respondents felt that the level of abuse worsened after family court proceedings had ended and that any further report of continued abuse following an order was dismissed by criminal justice and child welfare agencies because of the existence of the family order.

THE WAY FORWARD: THE PANEL’S RECOMMENDATIONS FOR CHANGE

The full list of the panel’s recommendations can be found in chapter 11 of the report (commencing at page 171). These recommendations are far-reaching and, if implemented, would reform private law children proceedings.

As already mentioned, the panel found four barriers to the family court’s ability to consistently and effectively respond to domestic abuse and other serious offences, i.e.:

• The court’s pro-contact culture;
• The adversarial system;
• Resource limitations affecting all aspects of private law proceedings;
• The family court works in silo (lacking coordination with other courts and organisations dealing with domestic abuse).

To enable family courts to protect children and adult victims from further harm, the panel found that comprehensive changes are needed to address these barriers. The panel concluded that, in order to achieve these changes, it is necessary to reform private law children’s proceedings in a fundamental way.

The panel considered the current design of the family justice system and recommends that the basic design principles for private law children’s proceedings should:
• be safety-focused and trauma aware;
• take an investigative, problem-solving approach;
• have the resources needed to operate effectively and to use resources efficiently;
• work in coordination with connected systems procedures and services.

As well as ensuring that children’s needs and wishes are at the centre of private law children proceedings, the panel recommends that procedures should be designed with the needs of litigants in person, and domestic abuse and other safeguarding concerns, as its central considerations.

A STATEMENT OF GOOD PRACTICE

The panel recommends that a statement of practice should be adopted for cases which raise issues of domestic abuse or other risks of harm and has invited the President of the Family Division to promote such a statement. The panel also recommends that the statement should be incorporated into the Child Arrangements Programme.

REVIEW OF THE PRESUMPTION OF PARENTAL INVOLVEMENT

The panel considers that the presumption contained in section 1(2A) of the Children Act 1989 ‘reinforces the pro-contact culture and detracts from the court’s focus on the child’s individual welfare and safety’ and recommends an urgent review of the presumption of parental involvement in order to assess its detrimental effects.

REFORM OF THE CHILD ARRANGEMENTS PROGRAMME

The panel recommends that the family courts should pilot the delivery of a reformed Child Arrangements Programme in private law children act cases. The panel considers that the revised programme should take a non-adversarial, problem-solving approach in which judicial continuity is a key feature. The panel suggests that the programme should comprise the following three stages:

• an initial investigation and information exchange phase focussing on understanding what has been happening for the child. It is proposed that parents and children would be consulted during this phase;
• an adjudication phase. This would be a judge-led process focused on accurately identifying any harm and risk, problem-solving and securing future welfare. Special measures will be proactively provided. Any facts which need to be determined to assess the risks to a child or a parent would take place at this stage;
• a follow up phase – a proactive follow up (a review) three to six months after orders are made to see how they are working. This would be non-adversarial.

Any subsequent return to court would be referred to the assigned judge and dealt with in accordance with the same principles and process.

ENHANCING THE VOICE OF THE CHILD

The panel believes that its recommended reforms to the Child Arrangements Programme will provide an important framework for enhancing children’s voices in private law children’s proceedings. The panel recommends that the range of options for enhancing the child’s voice should be explored more fully as part of the work of elaborating and piloting the reformed Child Arrangements Programme.

SAFETY AND SECURITY AT COURT

The panel proposes that the Domestic Abuse Bill (which deals with special measures in criminal courts for victims of domestic abuse and which is currently making its way through Parliament) should be extended to family courts and should be amended to bar direct cross-examination in any family proceedings involving domestic abuse.

The panel considers that a framework of ‘key entitlements’ should be developed to protect adults and children involved in family court proceedings. The panel makes further recommendations with regard to the provision of special measures and the availability of specialist support for victims of domestic abuse.

• Cafcass – better resourcing of all Cafcass private law functions including enabling the involvement of specialist FCAs, and more frequent appointment of children’s guardians;
• Security – to make the provision of separate waiting rooms, separate entrances, screens and video links standard in all courts;
• Legal aid – to make legal aid available to alleged perpetrators as well as alleged victims of domestic abuse in the interests of the child;
• Funding for specialist assessments by a suitably qualified expert;
• Domestic Abuse Perpetrator Programmes;
• Supervised contact centres to ensure wider availability of services, which it is proposed should be affordable on a means-tested basis, and with stronger requirements to monitor and protect children’s safety;
• Educational and therapeutic provision for parents;
• Specialist domestic abuse and child abuse support services, including extended provision of specialist advocacy support workers in courts, support for children whose parents are involved in contested private law children’s proceedings, and independent post-court therapeutic provision for children where necessary.

The Panel also make recommendations regarding ‘communication and coordination’, ‘training’ for all participants in the family justice system, ‘social worker accreditation’, and the development and implementation of a method for ‘monitoring and overseeing’ cases raising issues of domestic abuse child sexual abuse and other safeguarding concerns.

In conclusion, the panel has set out an extremely ambitious and comprehensive set of recommendations for an overhaul of the way in which risk of harm to children and parents is assessed and dealt in private law children’s proceedings. We wait to see which (if any) of those recommendations, including the piloting proposals, are ultimately developed and implemented, and whether the Domestic Abuse Bill (currently at the Second Reading Stage in the House of Lords) is ultimately extended to family courts and amended as recommended in the report. Given the historic lack of investment in our courts, it will also be interesting to see whether the panel’s recommendations for greater financial investment in resources gain the necessary traction. 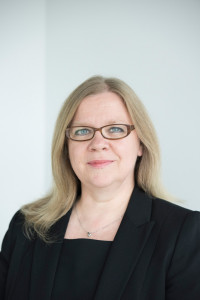