The provisions of Practice Direction 12 J make it very clear that the court should determine as soon as possible whether it is necessary to conduct a fact finding hearing in relation to any disputed allegations of domestic abuse. The court may require a separate hearing:

(a) In order to provide a factual basis for any welfare report or for assessment of factors set out in paragraphs 36 and 37 of PD12J,
(b) in order to provide the basis for an accurate assessment of risk,
(c) before it can consider any final welfare-based order in relation to child arrangements, or
(d) before it considers the need for a domestic abuse-related Activity (such as a Domestic Violence Perpetrator Programme)

Paragraph 5 of the Practice Direction reminds us that the Court must at all stages of the proceedings (emphasis added) consider whether domestic abuse is raised (either by the parties or Cafcass) and if so:

• it must identify the factual and welfare issues involved
• consider the nature of the allegations, admissions, or evidence of domestic abuse and the extent to which they would be relevant is deciding whether to make a child arrangements order and, if so, on what terms
• give directions to enable contested factual and welfare issues to be tried as soon as possible and fairly

This case should be of interest to practitioners as it highlights: (i) the need for a court to continually review allegations of domestic abuse and their potential impact on any decision of the court, and (ii) the pitfalls where a Cafcass Officer makes recommendations based upon findings that had not been formally sought and where there had been no fact finding hearing.

The case concerned two children. Upon the parents’ separation there had been proceedings conducted in the U.S.A. The mother applied to relocate to the UK. An American court permitted the relocation but on the basis that the children should spend extensive holiday periods with the father. No findings were made of domestic abuse. The father then indicated that he also intended to move to the UK and further and more regular contact arrangements were ordered.

In the summer of 2018 the mother and children moved to the UK and eventually a final order was made in the US proceedings in February 2019 and jurisdiction was formally relinquished.

In the early part of 2019 one of the children required an operation and the mother alleged that the father behaved in an overbearing and abusive manner at a hospital appointment. She subsequently applied for a child arrangements order in the English court.

At the FHDRA the mother withdrew her application for there to be a separate fact finding hearing and it appeared that the principal issue in the case was how much time the children should be spending with the father rather than whether they should see him at all.

A Cafcass Officer produced a section 7 report in which he stated that he had found the mother to be plausible and consistent in describing allegations of domestic abuse. Furthermore, her descriptions of the father were consistent with his own experience of the father’s domineering and overbearing presentation. He came to the view that domestic abuse was likely to have occurred (which had also been the view of a psychologist in the US proceedings) and that the mother was currently experiencing coercive and controlling behaviours. He recommended that the children and mother needed a break from direct contact arrangements which the father took responsibility for addressing his behaviour.

The decision not to hold a fact finding hearing was not revisited at the DRA where the focus was upon whether a psychiatric assessment should be undertaken of the father (one was so ordered and concluded that the father did not suffer from any mental illness or personality disorder).

At the final hearing the mother argued that the children’s direct contact with father should stop and that there should be a significant restriction of his parental responsibility. The Recorder accepted the Cafcass Officer’s recommendations in his judgment and also restricted the father’s parental responsibility. Significantly, the Recorder made a number of findings of fact including that the father had been physically violent to the mother. The father appealed.

Mrs. Justice Judd DBE determined that the appeal should be allowed and that the case would have to be re-listed for a FHDRA which would need to consider the ambit of any fact finding hearing, the need for a psychological assessment of the father and whether the children should be separately represented.

In her judgment, Judd J. felt that the Cafcass recommendation based upon findings (as to what had happened both in the USA and UK) that were not formally being sought by mother put the father at a disadvantage. The Recorder had wrongly accepted the Cafcass Officer’s opinion, based on his view that the father was coercively controlling of children and mother and that the children were suffering harm. He had also relied upon allegations made against father in the US proceedings and what had been recorded by the children’s GP in two brief letters to make findings of violent conduct (the GP had not been asked to provide a statement, answer any explanatory questions or give evidence).

Other additional reasons were provided for allowing the appeal and a full reading of the judgement is recommended. 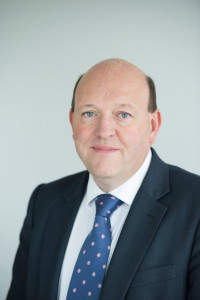