As an ex dairy farmer turned Barrister, I am frequently asked two things:

1. Is it true that cows know when it is going to rain and sit down to keep the grass dry?
2. Can I pick up a dead pheasant (or other game bird) on the road?

The first question is perhaps better suited to an expert in lore rather than law, but the second links to another issue which is, who owns a game bird if, when shot, it falls on a neighbour’s land? For those who are country bumpkins like me and occasionally harvest the roadside bounty of the lanes of Sussex and Kent or for those who run or participate in a shoot, I will elaborate on these points below.

The first point to make is that if you legitimately shoot a game bird on your land and it falls onto neighbouring land, you need permission from the neighbour to retrieve it. Similarly, if you are out on a country walk and spot a dead bird that a recent shoot has missed lying over the hedge, you need the landowner’s permission to enter. In either case, if you do not have permission you are trespassing. You may also be guilty of poaching under the section 30 of the Game Act 1831, which relates to entering land to take game, or kill and take game. Don’t be tempted to launch a special forces style night raid either, section 1 of the Night Poaching Act 1828 has had that covered for nearly 200 years.

The tricky question, in either the scenario above relating to neighbouring land, or in terms of the public highway is this; to whom does the bird belong? Luckily the courts have provided some assistance.

The High Court has stated that a game bird can be “wild” and the subject of a profit a prendre (a right to take something from another’s land) even if that bird has been bred and fed by human industry, provided it has been released back into the wild (Fuller v Kitzing & another [2017] EWHC 810 (Ch)). This suggests that birds purchased and reared on land will be the property of the breeder or landowner. Once they are released into the wild for shooting purposes, they become wild birds and remain the property of the landowner only while they remain on the landowner’s land.

Halsbury’s Laws of England (Vol 2) tells us that there is no absolute property in a wild animal while it is still alive, but what of our dead specimen? This is less clear. There is a good argument that once dead, absolute property vests in the owner of the land, or the owner of the sporting rights over that land on which the unfortunate bird rests. It is a good argument but not established as a matter of law.

It is well known folklore that you cannot pick up a Pheasant (or other wild animal) yourself if you accidently kill it with your car, but you can pick up an animal or bird that is already dead. Finding the law behind this is somewhat elusive.

The Wildlife and Countryside Act 1981 (the Act) serves to protect wild animals. The scope of it does not cover game birds that are reared for shooting but does cover other wild animals including Rabbits and Hares for example. Section 11G states that anyone who intentionally or recklessly kills, injures or takes any wild animal is guilty of an offence (unless they have a legal right). For animals in Schedule 6 of the Act (which includes Badgers and Hedgehogs), it is also illegal to use any mechanically propelled vehicle for the pursuit of mammals for the purpose of killing or taking.

This might be where the folklore comes from. If one were to intentionally kill a wild animal or use a vehicle to kill a protected animal, it would be an offence. It is not an offence under the Wildlife and Countryside Act to pick up a wild animal if it is already dead and one is simply retrieving it, providing it is not on private land.

So, it seems the second question I am often asked is not easy to answer definitively. I can hear my oldest daughter now suggesting it is another good reason to not eat meat and forage for mushrooms rather than game. As to the first question I get asked, well that is even harder to answer. It is possible that cows can sense rain coming. They are quite good at telling the time for example. It is also true that once cows have finished eating, much like us, they will put their feet up. Especially if it is raining.

Agriculture and countryside law are specialist areas; this note is but a brief overview of a narrow aspect of it. As one might expect I have not covered every eventuality and have made some generalisations. If you require advice or assistance with any countryside matter, do not hesitate to contact clerks@becket-chambers.co.uk. 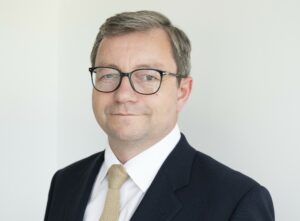