In TT (Children: Discharge of Care Order) [2021] EWCA Civ 742 the Court of Appeal sets out the tests to be applied on an application to discharge a care order and also considered the relevance of attachment theory in welfare evaluations. Mostyn J’s approach to these issues in the recent case of GM v Carmarthenshire County Council [2018] EWFC 36, [2018] 3 WLR 1126 (‘GM”) was overruled.

In this case Peter Jackson LJ had granted the mother leave to appeal, not because of a prospect of success but because it gave an opportunity to consider the correctness of the approach to discharge set out by Mostyn J in GM to which the judge had made reference. Mostyn J in GM had held that the burden of proving that the risk of harm continued was on those seeking to oppose the discharge of care orders. He had also doubted the concept of “attachment theory” when considering the children’s welfare.

The mother was seeking the return of 6 children. There were separate proceedings in relation to the 2 children who had been born subsequent to original care orders including one born after leave to appeal was granted.

The Court of Appeal rejected the argument that the trial judge in TT had incorrectly assessed risk. The Judge directed himself on the assessment of risk by reference to the decision of the court of appeal in Re F (Placement Order: Proportionality) [2018] EWCA Civ 2761, which states “that a court assessing risk should consider the type of harm that might arise, the likelihood of it arising, the consequences if it arose and the measures that might be taken in mitigation”. The Judge considered the level of present risk to the children. In referring to “the risks that follow from the previous lies”, he encapsulated the fact that the lies were strong evidence of the mother’s continuing inability to protect the children reliably from very serious harm. He considered whether that risk was sufficiently reduced by the work that she had done, but he found that it was not [16]. By using the shorthand of the children’s “right to be safe”, the Judge was not setting up a legal requirement for a risk-free environment before the children could be returned to their mother. Rather, he was illustrating the gravity of the risk in this case, having elsewhere referred to “the horrors” suffered by the eldest child. [17]

(1) The decision must be made in accordance with s. 1 of the Act, by which the child’s welfare is the court’s paramount consideration. The welfare evaluation is at large and the relevant factors in the welfare checklist must be considered and given appropriate weight.
(2) Once the welfare evaluation has been carried out, the court will cross-check the outcome to ensure that it will be exercising its powers in such a way that any interference with Convention rights is necessary and proportionate.
(3) The applicant must make out a case for the discharge of the care order by bringing forward evidence to show that this would be in the interests of the child. The findings of fact that underpinned the making of the care order will be relevant to the court’s assessment but the weight to be given to them will vary from case to case.
(4) The welfare evaluation is made at the time of the decision. The s. 31(2) threshold, applicable to the making of a care order, is of no relevance to an application for its discharge. The local authority does not have to re-prove the threshold and the applicant does not have to prove that it no longer applies. Any questions of harm and risk of harm form part of the overall welfare evaluation.

The fundamental test to be applied to an application under s. 39, and to other applications under the Act, is, the welfare principle and not a test of necessity or some other test. The attempt in this and other cases to shift the focus away from welfare is neither helpful nor necessary. A proper welfare analysis and proportionality crosscheck is a dependable bulwark against any tendency towards social engineering. [37]

The Court also reiterated the point from Re DAM (Children) [2018] EWCA Civ 386 at paragraph 42(5), the aphorism “nothing else will do” applies to cases involving a plan for adoption and not to applications for care orders and said the same applied to discharge applications. [38]

The court then overruled Mostyn J’s analysis in “GM” as incompatible with the above principles. Although obiter to the decision in TT the court also rejected Mostyn’s J doubts about “attachment theory” in GM:

“It is one thing to find that a particular witness may not be qualified to give specific evidence about a child’s attachments, but it is another thing to question the validity of attachment theory as a whole or to state that it cannot be admissible in evidence. Nor is it correct to say that, if a child’s attachment to substitute carers is so strong as to lead a court to refuse an application to discharge a care order, that would deprive s. 39 of meaning. That approach risks looking at matters from the point of view of the parent at the expense of a rounded assessment of the welfare of the child. … the court has to give appropriate weight to all the relationships that are important to a child, and that there may be a role for expert advice about attachment in cases of difficulty. Insofar as the observations in GM suggest otherwise, they cannot stand.” [49]

Hopefully you will agree that this not only clears up any confusion caused by GM, but is also a very helpful summary of the test to be applied. 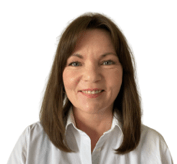