On 6th April 2022, the long-awaited no-fault divorce legislation comes into force. Under the full provisions of the Divorce, Dissolution and Separation Act 2020 couples can now divorce without having to apportion blame or wait out a separation period. This brings clear advantages to future clients. The new process should be faster, more straightforward, and enable them to focus on their children and finances instead of on their spouse’s behaviour.  But what will this mean for family practitioners?

Key changes to the divorce process

Before considering our professional responsibilities, here is a brief overview of how the law is changing.

Under the old law:

Under the new law:

What are the key changes to legal practice?

Less couples may now need lawyers in the first place. The new process is very transactional in nature. In theory couples can apply jointly for a divorce, agree child arrangements and financial division between themselves, and complete the entire process within six months. Even if they do require external assistance, there is scope for this to be far more minor that at present. Without having apportioned blame, couples may be in a better place to use mediation effectively to reach agreement about children and finances. They may also be more likely to instruct a single lawyer to help them agree, as opposed to each instructing their own to further the blame game in reaching the highest possible settlement.

However, removing the blame element cuts a significant emotional outlet for parties. Just because they can’t blame each other doesn’t mean they still won’t feel aggrieved. This creates a risk of increased pent-up emotions as proceedings progress. We must bear this in mind if instructed during children or finance negotiations. It could strongly affect parties’ potential for agreement.

Solicitors and barristers should be prepared to deal with the fall-out of “surprise” divorces. The fact that a solo applicant must now notify the other party of the divorce “by usual email address” means that our clients may be finding out about an impending divorce in a very abrupt way. This could be completely out of the blue and comes with the further thorn that there is no longer a means of contesting the application. This vastly increases the shock factor, and we must bear this in mind when providing legal assistance.

Finally, practitioners should be aware of the interplay between the new law and pensions. Former Pensions Minister Steve Webb and family barrister Rhys Taylor produced a helpful paper which discusses what new risks might arise on this topic.

Their main point of advice that I want to highlight concerns the potential misuse of divorces for pension maximisation. Webb and Taylor tell us that currently each member of a married couple enjoys a lifetime allowance (LTA) of £1,073,100 in pension savings while benefiting from tax relief. However, there is no provision for remaining LTA allowance to be transferred from one party to another if the first party is at capacity. The new law might create a way around this. Parties could divorce without proving fault, the party with the maxed-out LTA could transfer some of their wealth to their spouse in the settlement, and then remarry them with a greater capacity for LTA pension tax relief than before. Is this likely? We don’t know yet. Is it legal? Well, it’s strategically dishonest. We can’t be certain of the consequences until they happen, but safe to say the criminal courts and HMRC probably wouldn’t encourage this.

From a volume perspective we should all be prepared for a swift increase in divorce applications post-6th April. People will have been waiting until the new law came in. The world is also coming out of a global pandemic which put unprecedented strain on marriages. Ready, set, divorce! 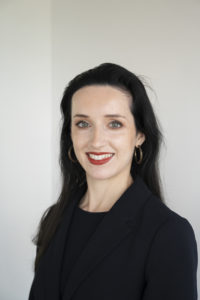