My second six at Becket Chambers began on 1st April 2022. Thankfully, not everyone thought it was an April fool. The first month has flown by at lightning speed. For anyone curious about the pupillage mystery or wondering what it’s like being on your feet in the regions, look no further.  Here’s a breakdown of what happened to me after I was thrown to the wolves.

The transition to second six was far less terrifying than I first imagined. I was excited to take on the challenge. I believe this was due to the excellent structure I experienced during my first six, where I was exposed to a variety of Chambers’ practice areas. Special efforts were made to link me up with mentors who specialised in each area, and my diary was factored around shadowing juniors therefore, I had experience of the work I would be completing when on my feet!

In four short weeks I have appeared in courts across Kent and Sussex and undertaken civil, public family, private family, and family finance work. It has been a fantastic start to getting stuck in! Highlights have included my first credit hire trial, applying for non-molestation orders, wrangling directions at private law hearings and drafting civil advices. I have been very lucky to have faced new challenges and novel scenarios almost every day so far.

I have asked numerous members for advice during my first weeks on my feet and have received a helpful response each time. The juniors at Becket have gone out of their way to offer support and guidance. This support is invaluable in learning lawyer logistics as well as legislation. The most thrilling feeling is being on my feet. I thrive on the pressure of fulfilling deadlines and the excitement of advocacy in court where once I sat watching advocates in front of the same Judge.

After six months of being “seen and not heard” while quietly shadowing members,  my second six allows me now to be heard as an advocate in my own right. I am honing my own approach to the art of advocacy that I have been carefully observing. I quickly adapted to the new responsibilities which accompany the self-employed Bar. Instead of writing up my observations I am now drafting my own orders and attendance notes. I am fully responsible for keeping track of the time I spend attending court or preparing work. I now liaise with solicitors and clients directly if needed, as my opinion counts.

Every day is a new wave of “if only I’d know that before” – even for matters I am somewhat familiar with. Some things only arise when you are doing the job yourself! There’s also quite a lot more to managing yourself in second six than getting carried away with the prospect of being one step closer to owning a wig.  In addition to all the unexpected court-related scenarios, I have learned all about fees, billing, tax, time estimates, GDPR, and which car parks only take cash. It all adds up to being a fully functioning advocate. I’m pleased to say that Chambers have forewarned and forearmed me as much as possible about how not to get it all wrong! I look forward to seeing what the rest of second six brings. 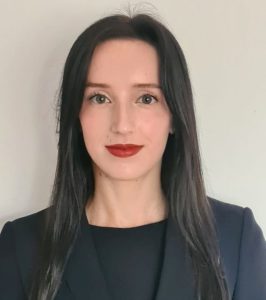