Qualifications: LLB. (Hons), Qualified as a Solicitor in 1977

Mike has extensive experience in both private law and public law cases but his practice now concentrates elusively on all aspects of public law care cases and adoption involving children, acting for parents, extended family members and the children instructed by their Children’s Guardians. He was a member of the Law Society’s Children Panel from 1995 until called to the Bar in 2012.

Mike’s previous experience as a solicitor makes him highly aware of the needs of his clients and their solicitors, having first-hand experience of the amount of preparation involved in bringing a case and the challenges of sometimes having to give clients advice they don’t want to hear. He understands the importance of prompt reports and detailed attendance records as well as the need to balance personal involvement and objectivity.

As a solicitor, Mike initially specialised in Crime, acting as a Prosecutor for the Police (pre CPS) and then as a Defence solicitor, whilst at the same time acting for parents and extended family members on all aspects of family work relating to children. After the introduction of the Children Act Mike became more involved acting for parents in care proceedings, developed a reputation for conducting most of his own advocacy and conducted lengthy contested final hearings in the County Court usually against Counsel – some of whom are now colleagues in Chambers.

As a Barrister, he regularly represents parents, children and extended family members in care proceedings in the local Magistrates, County and High Courts.
Mike has extensive experience in care proceedings involving alcohol and drug misuse, chronic neglect, non-accidental injuries, complex medical issues and allegations of sexual abuse. He has a particular interest in representing young and vulnerable parties and those with problems relating to alcohol/substance misuse or with learning difficulties/mental health and also grandparents and other extended family members who are anxious to either be able to see or look after their grandchildren or other relatives.

Mike regularly represents parents, children and extended family members (particularly grandparents) in children-related family matters in the local Magistrates, County and High Courts. With his combined experience as a solicitor and barrister he has particular understanding of the issues and conflicts that can arise in families when extended family members who wish to be able to see or look after their relatives are involved. Mike’s unusual combination of experience of criminal work (juvenile-related) as a solicitor, and an earlier stint as Probation Officer also helps him to have an understanding of the impact that legal action can have on families and young people.

He has a particular interest in representing young and vulnerable parties and those with problems relating to alcohol/substance misuse or with learning difficulties/mental health.

He has a particular interest in representing grandparents and other extended family members who are anxious to either be able to see or look after their grandchildren or other relatives. 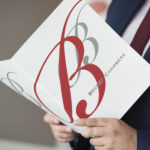 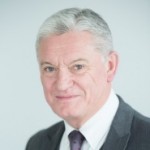 Choice between placement order/adoption or long term foster care/SGO with foster carers with a care plan for an open adoption. Mother’s appeal against making of a placement order. This case concerned four children, A, B, C & D. The children were removed from the care of the mother and her partner Mr. S at the … Continue reading →

S-F (A Child) [2017] EWCA Civ 964 (Leading judgment given by Sir Ernest Ryder, Senior President) I was recently very helpfully reminded of this 2017 case which is perhaps not too well-known as it raises no new issues of law or principal and the issue on appeal was described as ‘clear and simple’— was the … Continue reading →

This is an article on the above case which is significant for a number of reasons and should be considered when dealing with any application to oppose the making of an adoption order. This was an appeal made by a local authority against a decision in adoption proceedings concerning a child then aged 2 years … Continue reading →

Mike is excellent, as always.

Very prompt at dealing with everything and I appreciate that he stepped in late at night at very short notice due the court changing the date of the hearing.

“Both yourself and counsel have been very helpful. The service received has been very efficient”

“Mr Batt was as ever helpful and efficient. It is very helpful to receive prompt feedback from counsel after a hearing which I can always rely on Mr. Batt to provide.”